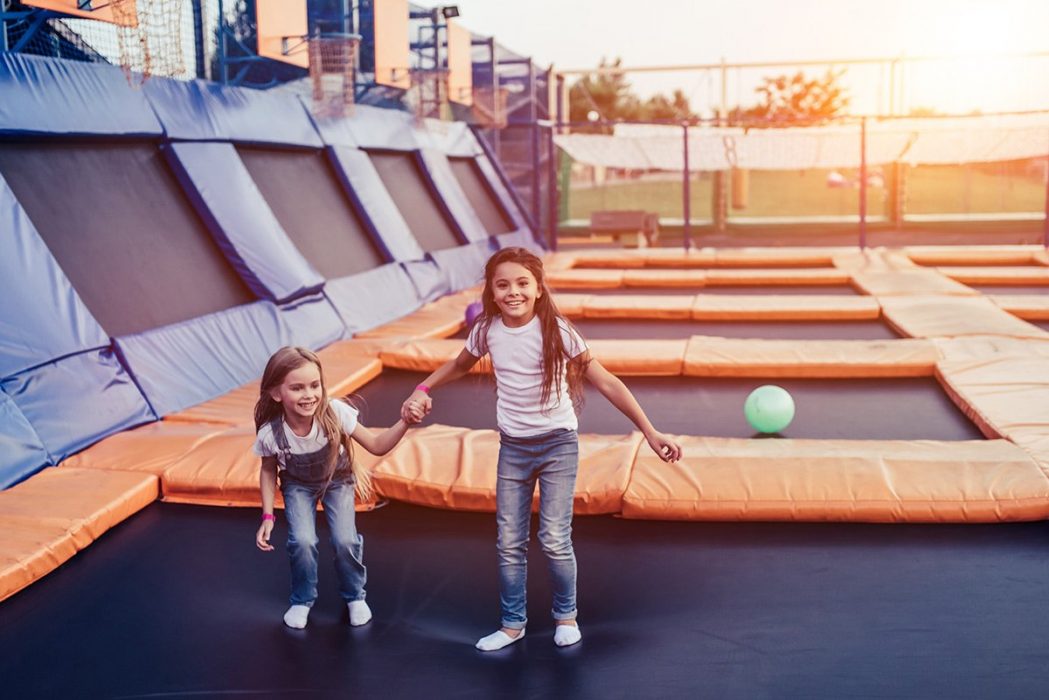 Spring, summer, and warmer weather are all around the corner now, so it’s time to look forward to giving that trampoline a heavy workout again.

Looking to get your kids back out there, shaking off the winter hibernation and having fun outside while also getting all the health and fitness benefits of trampolining? Why not point them to some of these activities, and let their imaginations, creativity, and boundless energy run wild.

Trampoline games are a way to structure play on a trampoline in such a way that people can have fun, for longer periods of time, without really realising that they are doing some pretty substantial exercise at the same time.

Oz Trampolines offers a wealth of resources when it comes to trampoline games that you can play, with some of the highlights including:

If games are out of the question; for example, no one is around to play them, it’s still possible for your child to have a lot of fun on a trampoline all by themselves. Simply encourage them to learn tricks.

Not only are tricks teach a child the value of persistence (i.e. practice hard and what once was hard becomes easy), but it’s also great fitness, and encourages the child to make the trampoline part of their daily routine. And you never know… this could lead all the way to the Olympics, with the trampoline being one of the most competitive events in the gymnastics calendar.

Of course, it’s important that you carefully supervise your child in the early stages, and it’s a good idea to get netting around the frame, and protective pads on the springs to prevent injury. It’s also important to monitor your child’s condition; with many tricks, if performed badly, there is the risk of physical injury. Start your child on some of the beginner’s tricks, below, before letting them move on to the more advanced tricks, and if they show enough interest and progress, consider signing them up to a gymnastics class so that they can learn proper technique and further minimise injury risk.

Remember jumping on your trampoline regularly, is not only fun but it also is great exercise for both the body and mind. Making that process fun, however, is the real secret in ensuring that your child is out there bouncing on their trampoline every day.