Trampolining as a Competitive Sport

While many of us praise Usain Bolt for his unmatchable speed and cheer for him to win a race, we are unfamiliar with the world-class athletes who compete in Olympic trampolining.  Many people aren’t even aware that trampolining is not just a recreational activity but that it has also become an Olympic sport. 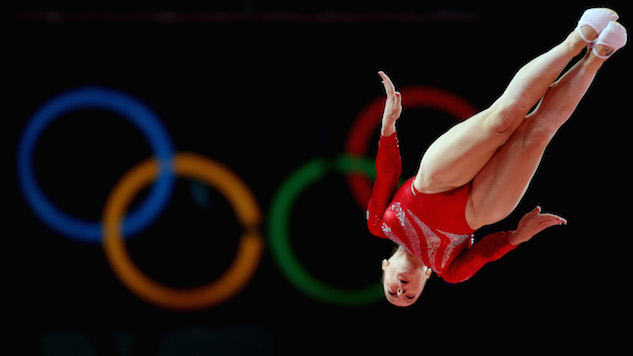 Two American gymnasts named Larry Griswold and George Nissen founded the sport of trampolining in 1934. They were also the two people who created the first trampoline at the University of Iowa. When trampolines were first produced, they were mainly used as an equipment to train astronauts to be in the environment of space where there was no gravity. The use of trampoline in sport became popular later on.  Sports equipment manufacturers today have the best quality trampolines for sale to help people practice this sport.

Trampolining was initially introduced as a competitive sport in the Olympics at the Sydney games in 2000. This sport requires the players competing in it to perform impressive acrobatic skills while rebounding on a 6ft round trampoline.  Since then, trampolining has become an actual sport that is part of the international multi-sports event Olympics held every four years. Highly trained athletes from all over the world continue to compete in Olympic trampolining and win medals for it.

3.    The Sport of Trampolining Consists of 2 Main Parts

Olympic trampolining has two main parts. The first part is a compulsory section of pre-decided acrobats all the athletes must perform. The second part is voluntary in which the competing athletes can choose their own moves to impress the judges.

5.    The Sport of Trampolining is Scored on 3 Criteria

The sport of trampolining is usually scored on 3 separate criteria. The first criterion is to assess the difficulty of the acrobatics an athlete performs. This is based on the number of moves a person does while they are mid-air before landing. The second criterion is to judge the execution of every acrobat an athlete does. This is to judge how well an athlete performs every trick in front of the judges. The third and last criterion—which is also the most interesting one—is the time of flight. Judges record every athlete’s time mid-air for every jump and then assign scores accordingly.

Judging trampolining can be quite tricky as judges have to evaluate and rate the moves of a gymnast mid-air which may occur over the fraction of a second. This is why Olympic trampolining has a panel of 9 judges who give scores to every contestant’s performance. These scores are then combined to create an average score of every gymnast.

7.    Olympic Trampolining Has a 10 Bounce Rule

In Olympic trampolining, athletes have to perform acrobatics which include 10 different skills. It is a rule that they must only make contact with the trampoline 10 times during this performance. The 10 contacts with the trampoline can be made with different parts of the body including their backside to sit, feet to stand, or back to bounce back up.

16 male and 16 female athletes are usually shortlisted for the qualifying rounds of Olympic trampolining. The women and men compete individually. Out of the 16 contestants from each gender, only 8 are then selected and make it to final round. In the final round at the Olympics, the athletes have to perform an optional routine to compete for the gold medal.  The candidate with the highest scores from each gender wins the sport.

If you look at the past records of winners in Olympic trampolining, you will notice that Chinese and Canadian gymnasts have won the highest number of individual medals. Chinese contestants rank at the top by having won 5 medals in the past four Olympics whereas Canadian athletes are not behind with 4 medals to their names. Furthermore, each country is allowed to have a maximum of 2 gymnasts from each gender representing them in Olympic trampolining at one time.

10.    There Are 3 Basic Shapes for Every Move in Trampolining

In Olympic trampolining, every move that is performed by a gymnast involves doing three basic moves with the body. The first shape is known as “The Tuck.” This move involves pulling the knees into the chest using the hands to hold the knees together in place. The second move is known as “The Pike.” Making this shape with the body involves keeping arms and legs straight while a gymnast tries to touch their toes with their hands. The third and last basic move is known as “The Straddle”. This is shape is created by pushing legs apart in the air to form a triangle and placing hands on the ankles.

We hope reading this article has proved to be useful and has helped you learn a thing or two about Olympic trampolining.  Now that you know trampolines are not only used for a fun activity but also as equipment for a highly competitive sport, you will surely see them differently. If you feel that your children are highly passionate about spending time jumping on trampolines, then you can even encourage them to pursue it professionally.